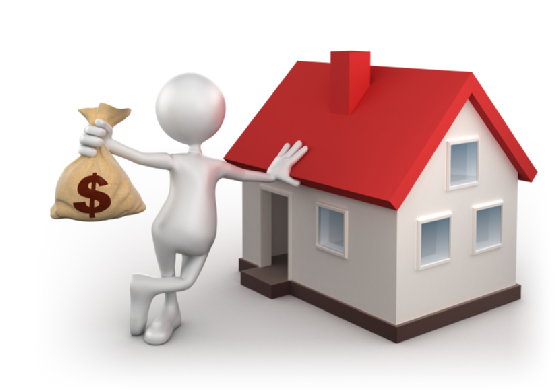 As expected, it was a busy and frustrating week again.

There a few, big picture items to cover for context, so I will address them first before we jump into the ins and outs of company results.

On the domestic economy, we had continued mixed news.

On the positive, the NAB Business Confidence survey recorded the best conditions since the GFC during January, describing a surprising uptick in summer business activity that certainly suggests some of the post-Trump US economic confidence has made its way to our shores.

The strength of the rebound is big, and to be honest, difficult to comprehend. But, it is what it is, and we should be thankful even if a touch cynical, that businesses are more optimistic as they enter the new year.

On the consumer confidence side, things continue to prove indifferent. Not helping matters here is the continued hollowing out of Australia’s labour force which in January shed a further 45,000 full-time jobs.

This is problem for consumption going forward, and when added to my firm expectations for both a slowing in construction activity and for a topping out in eastern-seaboard house prices, it does continue to pile the pressure on households.

This week’s Westpac Consumer Confidence survey showed respondents to be about as negative on residential home purchases as they have been in 6 years. This sentiment will definitely begin to weigh on auction clearance rates in the coming months, and with that, so too will home price momentum ease.

As for corporate results this week, it was a mixed bag.

There are a lot, so I will endeavor to be succinct.

Telstra (TLS) were disappointing. Competitive pressures in the mobile market were the standout negative, and reflect resurgent activity from both Optus and Vodafone, and an inability by the operators to recover revenue from surging data usage.

The NBN threat remains for broadband margins, so simply, TLS will be forced to pedal harder to stand still.

The dividend yield remains well over 6% and the company will announce news on their capital management program at the full-year results in August (potential monetization of the NBN revenue stream). For that reason we think now is not the ideal time to be a seller of TLS, but all things considered, the underlying profit generation of TLS is under increasing pressure and it will be right to lighten positions in the name at some point going forward.

Like NAB, CBA and ANZ pointed to better bad debt experience and a moderate improvement in credit quality. This is encouraging.

Mortgage re-pricing (investor mortgage & fixed-rate rate rises late in 2016) will help margins going forward. But both stocks look more than up with events at these levels, and with a clouded employment and housing outlook ahead of us in 2017, Australian banks look fully valued here again.

Sonic Healthcare (SHL) numbers were sound, and demonstrated the success of their European acquisitions with growth there the pleasing part of the results. We continue to feel SHL is an excellent stock to have in portfolios for 2017.

Wesfarmers (WES) results were ahead of expectations at the group level, and these were good enough to push the stock up off its lows. In the detail, Bunnings was a lot better than expected whereas the Coles supermarket business was a fair bit worse. The latter seemed to have stepped up promotional activity in order to combat the recent resurgence in Woolworths (WOW), and many analysts saw this as a harbinger for further competition between the two grocers.

Interestingly WES announced the potential IPO of its Officeworks business, in a clever move to jettison this asset ahead of potential competition from Amazon expected later in 2017 and more fully into 2018.

WES is and remains a high quality company, but with the margin deterioration in Coles surprising negatively in these numbers, it would seem likely that any interest we have in buying the shares will come at lower levels.

We look forward to the WOW results next week to see confirmation of the impact of their sales improvement on profits.

IOOF (IFL) were another frustration this week with the stock giving up -8% on the week after missing profit figures. The key problem in IFL is the margin it receives on use of its administration platform, which continues to decline.

This is not new news, but the deterioration was a little worse than analysts expected and the stock deserved to fall. Once again, it is back at cheap levels, and we would expect to see the market welcome the prospect of any bid for ANZ Wealth’s advisory business, even if it required equity to fund it.

With a 6%+ yield and a continued strong balance sheet, much like TLS, we think the stock is too low to be selling and would continue to hold for better levels.

On Mantra (MTR), results today were a touch weaker than expected, but the stock has reversed much of its recent improvement. Again, it was a tale of two segments with Resorts continuing to shine, but CBD hotel assets in Brisbane, Darwin and Perth dragging on results.

MTR looks well placed to benefit from not only ongoing tourism strength, but also the potential for an uptick in business tourism if the aforementioned

improvement in Australian business confidence is anything to go by.

The stock is very cheap relative to its growth outlook and global hotel peer stock, so we are hopeful of improved share price performance in the weeks ahead.

Oil Search (OSH) was a nice positive surprise this week too since it announced it had upgraded its PNG reserve base significantly. Proven gas reserves within the PNG LNG project had improved by 50%, again making it increasingly likely that OSH would seek to extend the size of its LNG operations there by adding further production.

The main thing from offshore markets this week to my thinking was the surge in US economic activity in February according to regional surveys in each of New York and Philadelphia.

The post-Trump effect is clearly still at play, but the strength of these numbers and the ongoing strength in employment data seems to suggest there is an increasing likelihood of an earlier-than-expected Federal Reserve interest rate rise, perhaps as soon as mid-March.

The increasing likelihood of a rate rise here will at some point, temper recent market strength, and this is to be increasingly occupying investor’s minds.

An early US rate rise would, in many respects, be a good thing for Australia’s economy, as it will bring about some much needed easing in the Australian Dollar.

For more information on the above please contact your Bentleys Wealth Advisor directly or call us on 02 9220 0700.