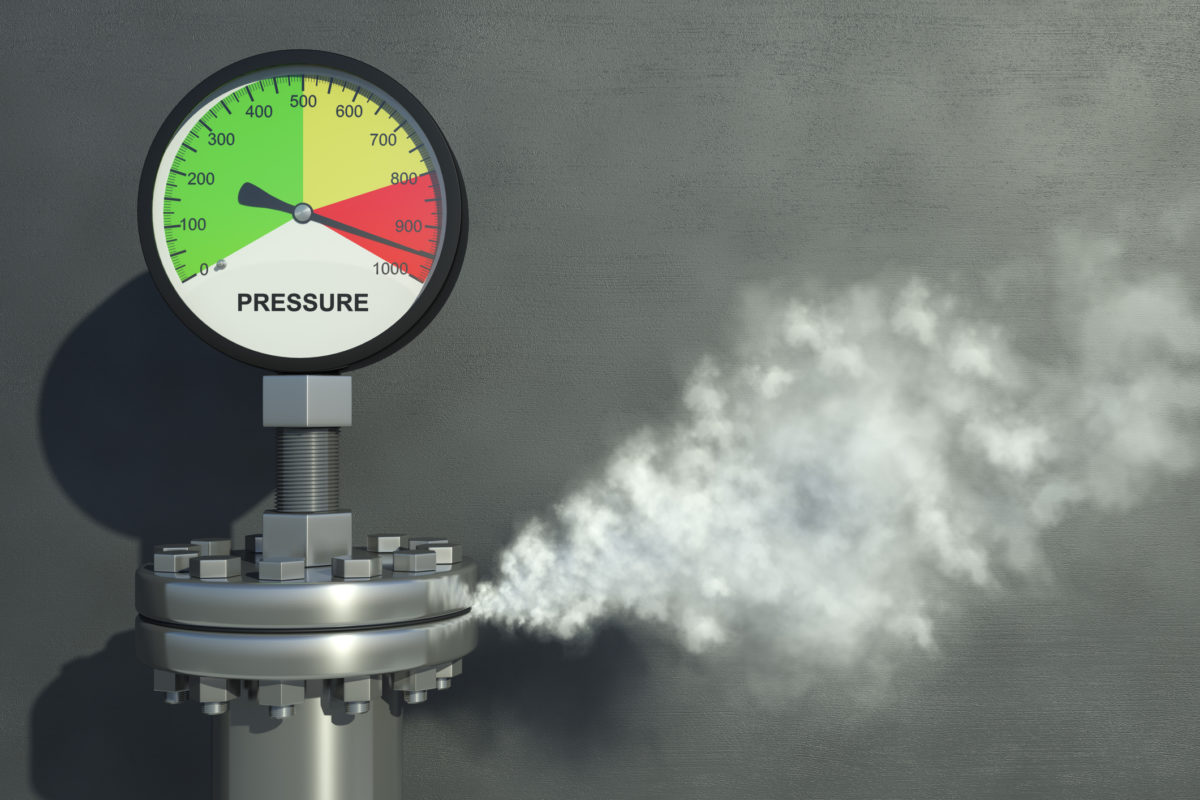 US August manufacturing data came in at 49.1 and demonstrated the first monthly decline since 2016.

Concerningly, the indicator of new order growth declined at a more rapid rate than the inventory measure, making this only the 5th time to occur since the GFC, and opening up the prospect of a greater inventory destock by US industrial corporates in the coming months should new orders fail to bounce.

The New York Federal Reserve’s gauge on the prospects for future recession also jumped last month (see chart below) to indicate a near 40% chance for U.S recession by this time next year.

The gauge bears an ominous warning that the U.S economy is fast losing momentum alongside the global economy and that it is surely vital we see a resolution to the now 18-month long trade war between the U.S and China.

It was confirmed last week that negotiators from both the U.S and China would reconvene for the next round of discussions in early October.

The August Australian Industry Group data for manufacturing and services both rebounded encouragingly, however the construction index continued to soften month on month albeit at a slower rate.

Australian Q2 GDP recorded its lowest annual rate of growth in a decade, rising +1.4% for the 12 months to the end of June.

Within the data, the Australia household savings ratio fell again to its lowest since 2007, and a rate of 2.3%.

August ANZ Job Advertisements fell again over the month and are now running -11% annually, and still pointing to some weakness in Australian employment despite the fact it has yet to turn up in the official data.

We remain of the view that the combined effects of rate cuts, tax cuts and a weaker AUD will bolster domestic economic activity by early 2020, however the recent data also makes it very clear that the remainder of 2019 will be characterized by job losses and a still fragile Australian construction sector.

US August payrolls rose by 130,000 and the unemployment rate remained just off a cycle low point at 3.7%.

The US employment market remains steady for now and unaffected by the global industrial malaise, however we note that job openings seem to have peaked in late 2018 and have been flat for much of 2019.

We will be watching this week’s US NFIB Small Business Confidence figure (due Tuesday) very closely as we think this indicator remains the likely canary in the coal mine on the future direction for US economic growth.

As of now it remains sound, but with continuing negative news on global growth and trade negotiations it faces increasing headwinds.

The RBA Governor Philip Lowe was on the front foot again in his remarks that the Federal Government needed to do more on the infrastructure front to stimulate local growth, nominating the road and rail sector as being an obvious place to target government spend.

DOW make around 30% of group earnings from their transport services division and it is their highest margin operation.

We remain very optimistic for further upside in the DOW share price as it benefits from an elongation of the Australian infrastructure cycle and the company specific upside from a successful sale of its contract mining division.

The risk of U.S recession in the coming 12 months, as per the New York Federal Reserve’s indicator (see below), rose again last month to 38%.

The indicator is now at levels which historically have foretold recession.

The chart below shows the % chance of recession before August 2020 (in white) with the U.S share-market measured by the S&P500 (in red) overlaid.

The chart feels rather ominous and does seem to suggest some creeping complacency among markets and perhaps a rather blind faith that the combined effect of a trade resolution and additional monetary easing can see off the recent industrial weakness globally.

We remain conservatively positioned for now but could further rein in our risk exposures as 2019 draws to a close should further evidence emerge that the global economy is failing to respond to stimulatory efforts.