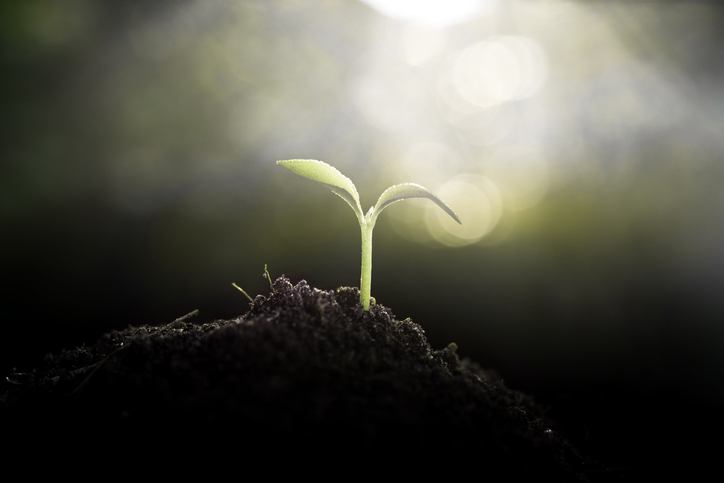 A positive week with both sides confirming that progress is being made on a ‘phase one’ trade deal and that any deal is likely to see tariffs on the products associated rolled back.

This does not infer a wider repeal of the over US$550bn worth of Chinese imports currently being tariffed nor the US$185bn in goods China has tariffed in retaliation but is a small step in the right direction towards détente.

Australian October Australian Industry Group service sector activity rebounded to an 11-month high, and lending support to our argument that the Australian economy is in the process of bottoming out.

The headline ‘sales’ sub-index jumped to its highest level since June 2018 indicating a renewed uptick in general service sector activity.

US job opening data continues to ease with September openings falling to an 18-month low and indicating that the US has reached peak employment with the unemployment rate near its 50-year low of 3.6%.

Westpac posted disappointing earnings for 2019 and gave soft guidance that things were unlikely to get any better in 2020 or even 2021.

Analysts now expect earnings to decline modestly in the coming 2 years as the burden of higher expenses bristle against the secular erosion of core profitability with collapsing local interest rates.

Like the rest of the sector, WBC looks challenged by falling interest rates and the prospect of further earnings deterioration the longer Australian interest rates remain this low.

NAB results weren’t as disappointing as their peer group in large part because the bank benefited from improved lending with its business and corporate bank alongside strong cost controls.

However, in the medium-term analysts have concerns that the NAB are drawing to the end of their cost-cutting program which leaves future earnings vulnerable to ongoing net interest margin deterioration with record low interest rates.

NAB’s tier 1 capital position looks a touch on the light side however this could be in part redressed by the proposed sale of the MLC wealth management business in the coming 12 months.

Pendal shares have bounced +12% thus far this week after having reported FY19 profits that were largely in-line with analyst forecasts.

Whilst the profit figures were far from spectacular, we were encouraged by PDL’s confirmation that fund flows had become to improve in the last few months.

Our view on PDL has been that it was just an incredibly cheap stock and with the potential for a turnaround in earnings momentum as and when several of its larger equity strategies begin to outperform their respective benchmarks.

We believe investors would do well to look back at Magellan (MFG) only 3 years ago and how PDL are now arguably in a similar position with indifferent performance, but the potential for significant earnings momentum as and when that changes.

Even after the substantial share price bounce PDL still screens cheap on only 15x earnings with zero performance fee revenues forecast, but with almost 15% of its market value held in cash or invested in its own funds.

PDL will continue higher we believe but were encouraged by the recent strength.

We have made much of our belief that Australia’s economy is set to bottom out before Christmas and that by early 2020 activity will be on the improve.

With that in mind we were encouraged to see the first visible green shoots of recovery emerge in the local economy last month as evidenced by the bounce in the Australian Industry Group service sector reading to an 11-month high, and the sales component jumping to its highest level since June of 2018.

We think the data is set to turn and we believe good exposures for Australian portfolio’s including small company exposures, housing and construction plays such as Boral (BLD) and Reliance Worldwide (RWC) and consumer travel group Webjet (WEB). 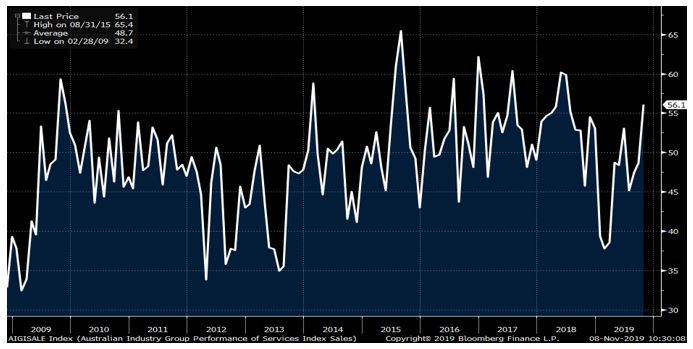 This week investors will look towards the latest Australian consumer and business confidence figures, whilst we will be paying close attention to Afterpay’s (APT) trading statement due on Wednesday.