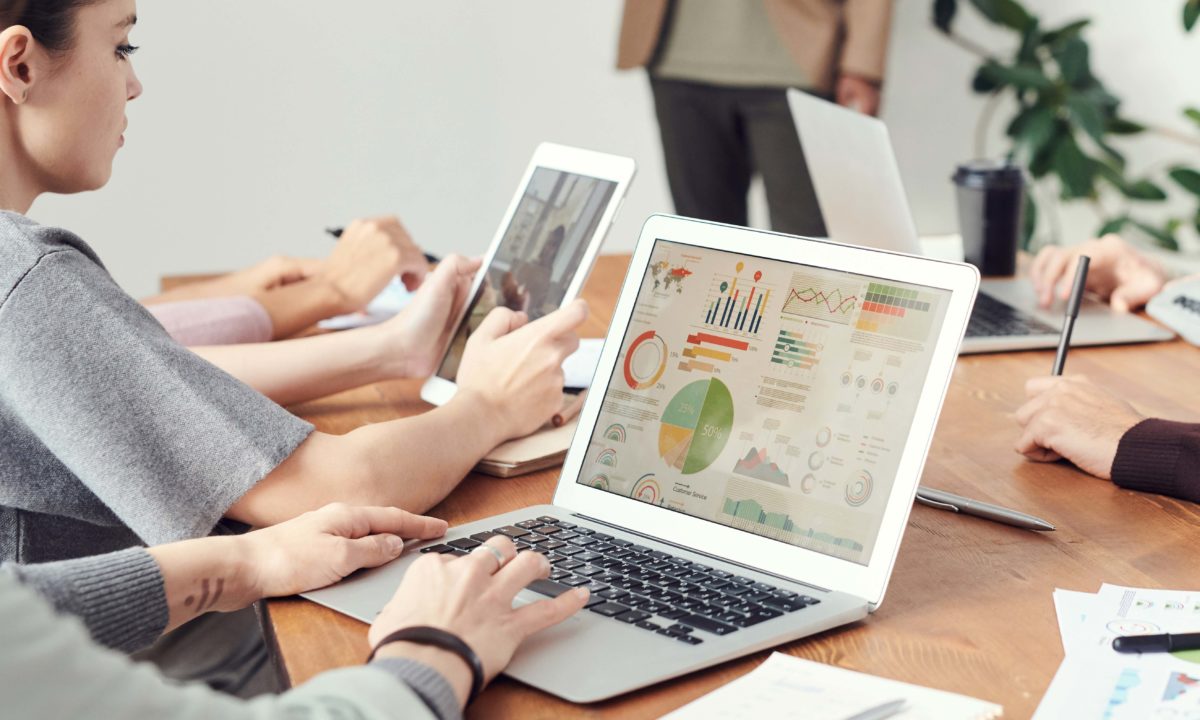 Our sense is that it’s likely the latter, but that as the market rallies further, investors begin to convince themselves that the return to normalcy might in fact be more seamless than it is likely to be in reality.

Big technology stocks in the United States continue to dominate performance and deservedly so since the impact of social-distancing and the slump in consumer demand felt more widely around the economy has barely tarnished revenues within the tech-sphere.

Investors are rapidly escalating their chase for ‘growth’ as one might have expected, but that chase only made these winners all the more concentrated in investor portfolios and more dubiously, on higher valuations than pre-COVID 19’s outbreak.

The gap between ‘growth’ and ‘value’ stocks has now pushed to the widest level in decades and has now led one leading market pundit (Clifford Asness at AQR Capital) to opine that the likelihood of relative outperformance of ‘value’ as a style is as strong as it has been at any point in 50 years.

Given that markets regularly make a mockery of consensus positioning, we are watching this situation closely and feel some sympathy toward the view, having built portfolios in recent months on the basis of resilience as distinct from ‘growth’ specifically.

The month of May is likely to be an oasis of calm in the ongoing storm.

Societies are re-opening and in many countries the generous government subsidies, such as Jobkeeper in Australia, are doing an impressive job of stopping economies falling deeper into the recessionary abyss headline unemployment numbers would suggest we might otherwise be deeper into.

Alongside loan forbearance, the promise of the $1500 per fortnight Jobkeeper supplement has deferred even more immediate economic pain until Q4 2020, giving investors further reason to suspend their pessimism.

All of this being said, we retain a cautious outlook and remain unable to look past the significant demand shock the impacts of the virus will likely have on the global economy and on the relative inefficiency under which businesses and households will operate at least until a vaccine is discovered.

Some have referred to it as the ‘90% economy’ and I think this is a good description.

Think of it this way – for the last decade with the collapse in interest rates and the uptick in economic growth in the U.S following the huge U.S fiscal stimulus post the election of President Trump, economies, companies and households alike have been encouraged to optimise their balance sheets by taking on more leverage.

In the new world, or until a vaccine is available at least, economies and businesses and households will operate in the opposite manner with the focus on resilience.

Businesses will require more equity capital to protect them against any further tightening of social interactions and higher inventory will be held to protect against supply chain disruptions, which infers lower profit margins and lower return on equity.

How we work and interact in society will continue to be heavily restricted, meaning higher cost or time inefficiencies will be created.

Jobs will be lost that aren’t recovered.

This is where we think things land during the 2H of 2020, and for that reason we continue to view this rally as an opportunity to re-build portfolios with a focus on ‘resilience’, less on ‘growth’ per se, although the terms are not mutually exclusive.

Chart on Australian ‘Growth’ and ‘Value’ 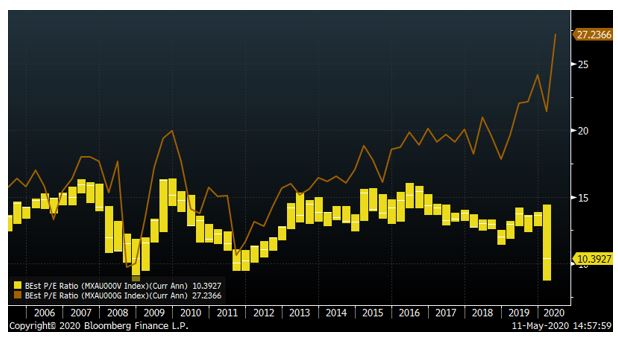 This week will be interesting for the corporate results we get from each of PDL, AMC, CBA and XRO, but also for the continued glimpse into real time economic performance both here and abroad.

At some point this week Chinese April monetary aggregates will be released also.

May will be a very interesting and important month for markets as we will get a sense for the willingness of communities to return to more normal behaviours, but also because , in the United States at least, there will be a neat quiet period where society re-opens and before we get the chance to see whether that re-opening triggers and escalation in coronavirus cases.