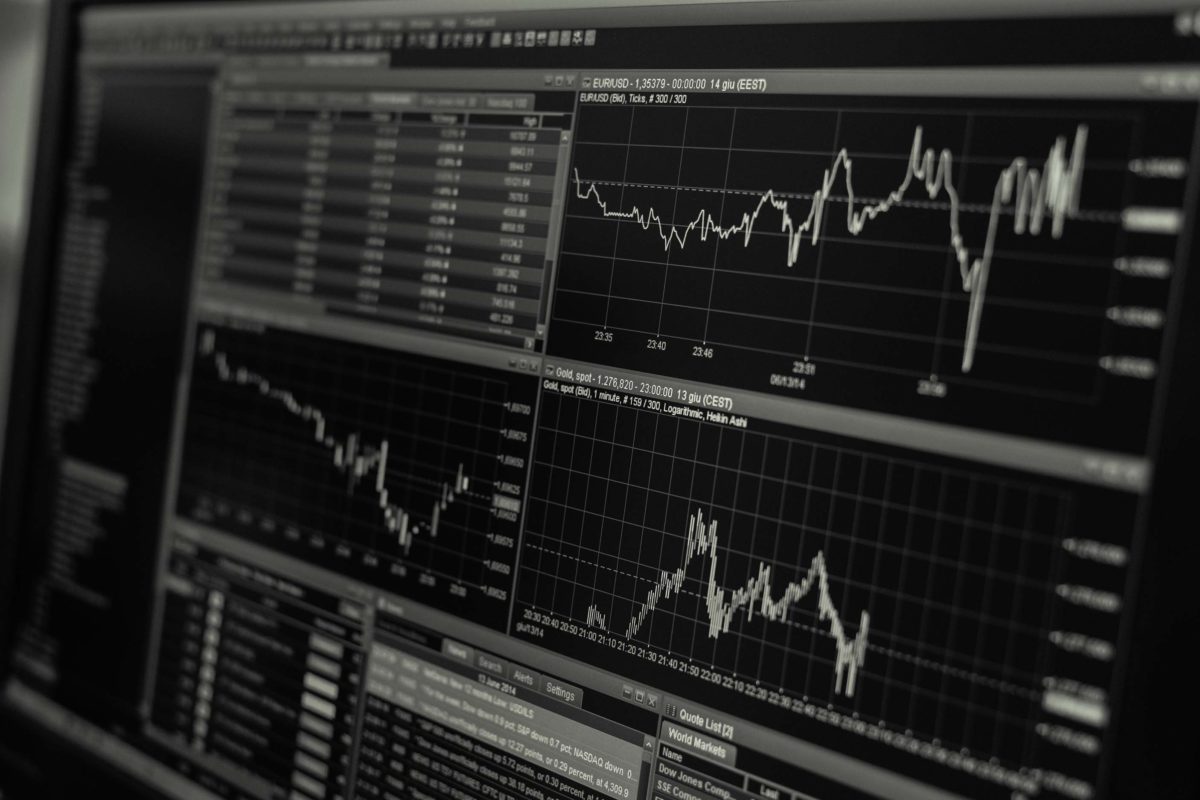 Market’s remain range-bound with consensus amongst investors still very much on the cautious side, and its perhaps because of this investor caution that share prices have managed to stay afloat.

Investor surveys point to high degrees of uncertainty and caution amongst institutional types, and frustratingly for hedge funds, some of the best-performing stocks have been the most widely short sold.

In contrast, across both Australia and the United States there is both hard and anecdotal evidence to suggest that retail investors have aggressively bought this sell-off, with the chart below demonstrating the surge in new account openings at retail brokerages in the U.S since the pandemic began.

The chart below shows ‘Daily Average Revenue Trading’ at two of the largest U.S retail brokerages, E-Trade and TD Ameritrade.

There have been additional reports suggesting a surge in activity at online broker Robin Hood who charge zero brokerage trading.

High growth technology and bio-tech sectors continue to lead the pack for performance in the United States with old economy stocks in banking, commodity and small-cap sectors off the radar, unlike in Australia, where small-caps are the leading gainers as investors chase technology exposures concentrated in the smaller end to the market.

With the U.S Memorial Day holiday next Monday marking the start of summer in the U.S this week will be a quiet one.

Whilst price action remains underpinned given the over-riding investor caution, the underlying corporate and economic fundamentals remain severely challenged and for that reason we believe a focus on certain income streams remains a prudent and winning strategy in the weeks and months ahead. 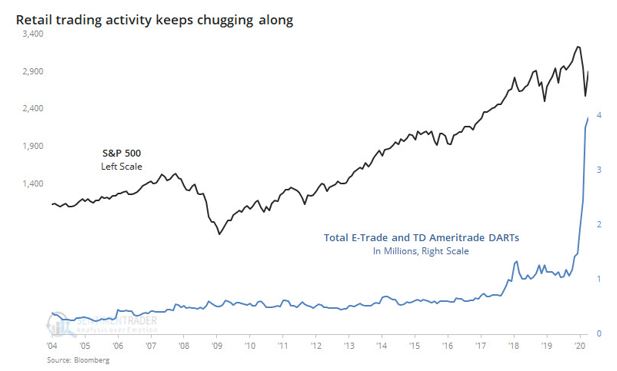 The week will likely be a quiet one with results from only James Hardie (JHX) and Aristocrat (ALL) locally.

We will see some early data on May economic activity and the minutes from the last Federal Reserve meeting, however I think there is unlikely to be little information new to investors from these releases.

US Memorial Day long weekend in the United States on Monday will also likely lessen volumes, interest and volatility as the week draws on.