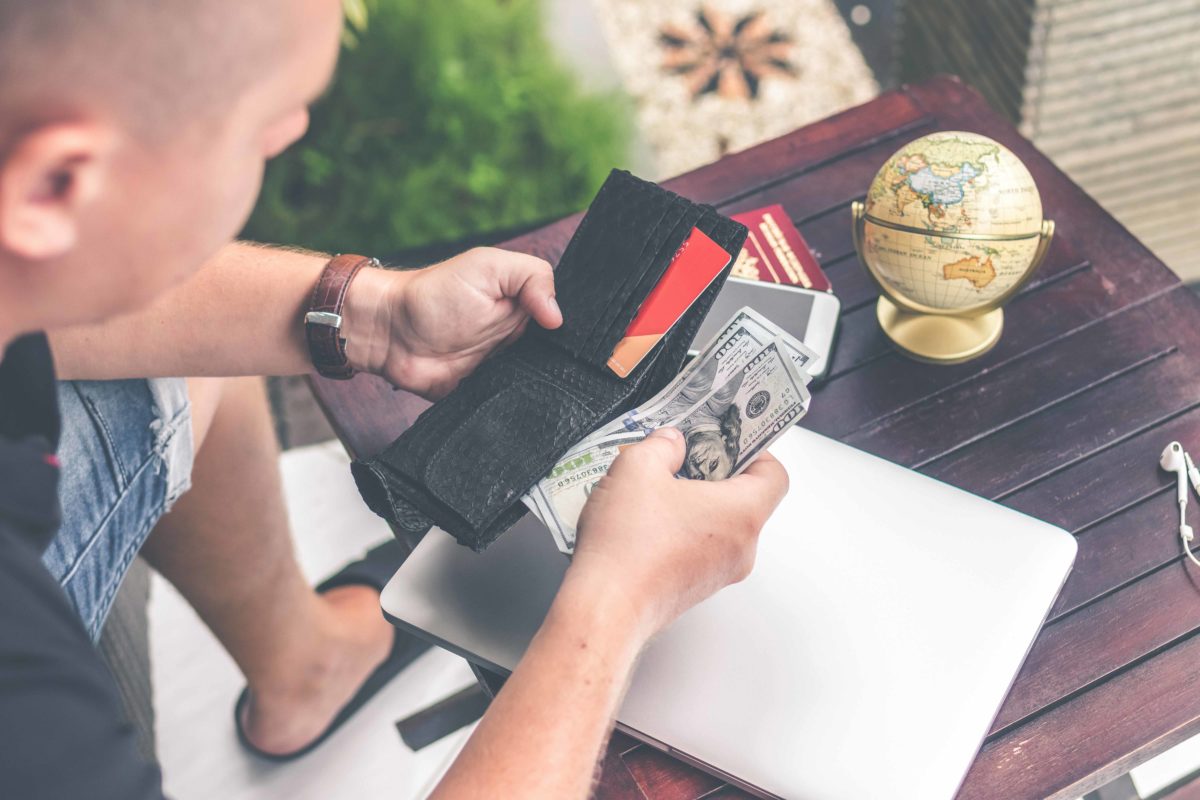 There were several reasons for the uncertainty, notably the disappointing Chinese monetary aggregates which showed weaker lending to the economy in October. This resulted in the lowest annual Chinese money supply growth figure since modern records began (+8%) and reflects an ongoing theme of liquidity deprivation currently underway across most global economies right now, including Australia.

Beyond the weaker Chinese figures, we also saw creeping evidence that the prodigious U.S economic strength might be near a peak, with the Philadelphia Federal Reserve Outlook survey revealing a fall away in business expectations for growth and new orders.

We shouldn’t get overly worried that the U.S economy might be nearing a peak, as this doesn’t instantly assume the economy needs to fall away immediately, in fact that would be very unlikely.

Where the cause for modest caution lies, is in the commentary from businesses on rising input costs and an expectation from general manufacturing business in the U.S that the impact of incremental tariff hikes in January 2019 (from 10% to 25% on US$200bn of Chinese imports) would be detrimental to profitability.

Our concerns of a peaking in U.S corporate profitability remain front and centre, and this is a creeping risk for equity market performance.

Franking Credits – a quick discussion that should be relevant for everybody

I have been on the road this week in Sydney and in Horsham, and much of the conversation had with clients and business partners surrounded the potential loss of income for retirees under Labor’s plan to axe rebates on excess franking credits.

We have made much of this in the past few months, and hopefully you have been paying attention.

But, even still, the meetings I have had this week continue to demonstrate to me that there are still a huge number of investors (probably the vast majority) who have still yet to action change to their portfolios to mitigate against the potential loss of income.

There remains a large collection of investors, both advised and self-managed, who maintain a significantly overweight exposure to Australian blue-chip, franked income by way of bank, telecom and grocery shares and bank-issued hybrid securities.

It should be no surprise to anyone that both Commonwealth Bank (CBA) and Westpac Bank (WBC) have in the past fortnight announced the redemption of soon-to-expire bank hybrid equities (CBAPC and WBCPD) alongside the issuance of new longer-dated hybrid securities in their place.

The reason both banks are doing this now is simple, and rather cynical.

With the uncertainty over franking credit rebates set to persist until resolution of next year’s Federal Election, the closer we get to the election, the less likely demand for these securities from tax-effected investors (superannuation) will exist in the event that Labor continue to lead in the polls.

Given that superannuation investors are estimated to make up 30%+ (I think closer to 50% personally) of hybrid security demand, is it any wonder the banks are being self-serving and seeking to resolve their capital issuance well in advance of the election and potential change in government?

But to be very clear, under Labor policy, a pension investor taxed at 10% will stand at risk of not being able to achieve the ~5.7% income promised by both the new CBA and WBC hybrid issues, but nearer to 4.6% simply because he or she would only be able to claim back the franking to the tune of their 10% tax rate (not the 30% previously).

This assumes that the investor doesn’t have other tax credits to utilize, but the general point is valid.

The rebates on franking will be significantly less.

I know for sure that a mid-4% yield on a bank hybrid security doesn’t float my boat, when alternative income streams such as those offered by the Latrobe Financial 12-month term account or the MCP Master Income Trust (MXT) can provide better income, free of franking credits and arguably with far less volatility.

A reminder –  the Latrobe 12-month offer is for 5.7% annual income for investors using Macquarie WRAP, and the MCP Master Income Trust has returned a running yield of around 5.2% when annualizing the past 6mths of lending.

Insofar as Australian shares are concerned, there might be some short-term good fortune sparked by Labor’s policy in the sense that it might bring forward the prospect of several off-market share buybacks along the lines of those done by Rio Tinto (RIO) and BHP (BHP) in recent months, as a means for these companies to monetize excess franking credits before their value diminishes significantly under a potential new government.

Woolworths (WOW) this week was speculated to be looking at returning funds from its long overdue petrol and convenience store sale, and the likes of ANZ (ANZ) and Commonwealth Bank (CBA) could both be in line to follow suit in coming months following on from asset sales made recently.

In the instance of all three, I couldn’t see these buybacks being any larger than 5% of each company’s market value, meaning that any short and sharp spike in the share prices of WOW, ANZ or CBA on confirmed news of a buyback, would be short-lived.

I maintain a very strong view that Australian retail banks will continue to underperform for several years, and that the current valuation of 20x for Woolworths (WOW) leaves precious little room for investors to generate positive returns.

Be sure to be on the front foot to sell down positions here in the event of a short bounce.

HSO saw some more good news this week, with a strong indication that the endgame for shareholders will be a private equity takeout in the region of $2.45-2.60.

Brookfield Asset Management proposed a new $4.5bn bid for HSO by way of scheme of arrangement at $2.585, eclipsing the heavily-conditioned $2.36 offer from BGH Capital.

This scheme requires 75% shareholder approval, which might prove tough given the BGH/Australian Super consortium controls 20% of HSO already, however the backstop for minority holders is a formal $2.45 off-market takeover proposal for a minimum 50.1% if the scheme gets voted down.

Both takeover proposals are scheduled for late April, or 6 months from now.

The Brookfield proposal has seen the HSO board grant them exclusive due diligence and reading between the lines it seems that the HSO board feel very comfortable in what Brookfield will discover in the process.

I would suggest that the stock is currently trading as if the $2.45 off-market takeover goes ahead, however should BGH Capital come back with a higher proposed bid and under less onerous conditions it is very possible we could see the HSO shares trade into the low $2.40’s.

I would think that ultimately HSO gets taken over, and that the price settles in the $2.40’s ahead of a formal takeover and consolidation by one of the two groups.

We will consider taking our profits in the event of a confirmatory or higher bid from either party, but on the whole, this was a good week with HSO shares rising +12%.