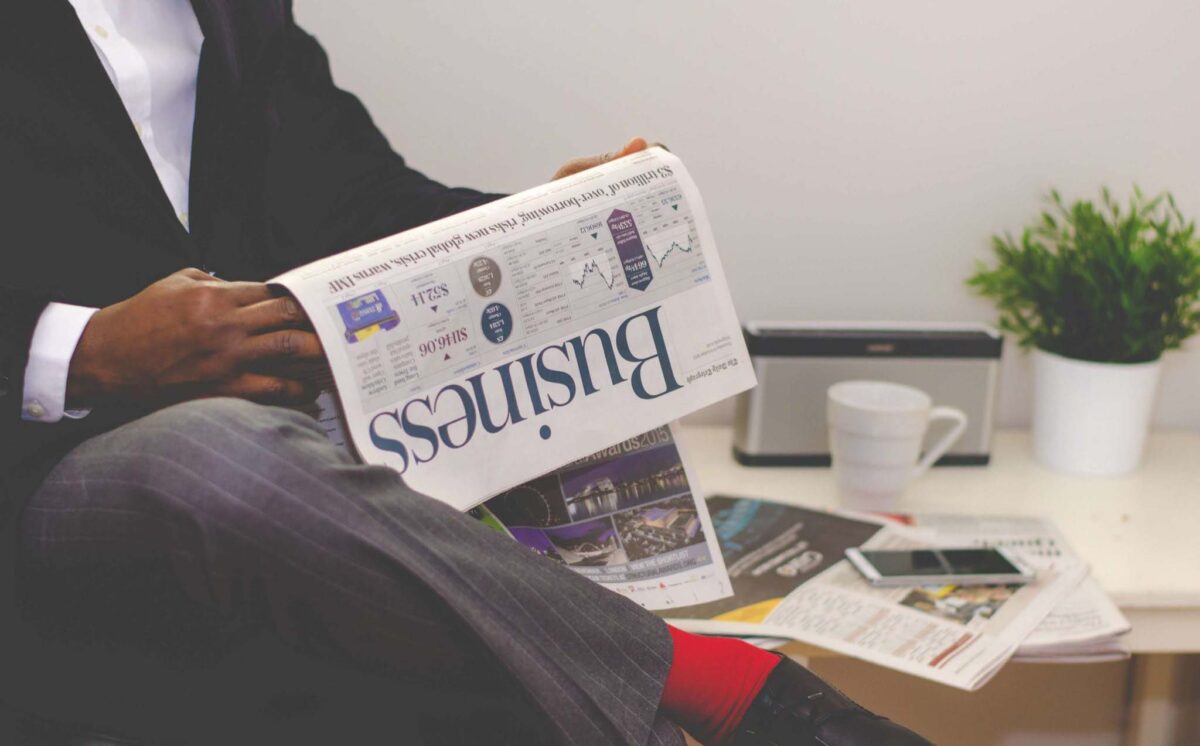 Stimulus news and technology earnings ahead

A short and sharp wrap from us this week, but that’s not to say things are quiet, quite the opposite in fact.

This Thursday is a big day since results from Microsoft (MSFT) and Tesla (TSLA) will be reported, but also because the Federal Government will unveil plans for the continuation of their initial pandemic support measures such as Jobkeeper.

MSFT and TSLA results will be a major focus and will be followed up later next week by results from the other 4 major technology names, Amazon (AMZN), Apple (AAPL), Alphabet (GOOG) and Facebook (FB).

Given that the major technology stocks now represent 20% of the S&P500 by size and that they have contributed all of the index gains in 2020, the results will be of vital importance to investors.

Compounding this is the observation that valuations on NASDAQ are now the highest since 2004.

On the government support measures, the press this morning are already reporting that though Jobkeeper will be extended through until the end of the year, the payments will be more strictly policed and will likely be pro-rated against casual worker’s hours worked to mitigate against situations where generous benefit payments might preclude workers from returning to paid employment.

Continuation of the stimulus is a good thing, but diminishing it in size will ultimately mean incrementally less support for the economy and at a time when the second largest state is recommencing a second lockdown and where infection clusters are emerging in the northern states.

It is highly likely that we will get headlines from the United States in the next fortnight in relation to their own stimulatory efforts, and in much the same vein as here, although its likely that enhanced benefits will be extended, the size and duration of support is likely to be diminished.

With still 32m Americans claiming some form of unemployment insurance (20% of the workforce) and a similar 19% of the Australian labour force currently unemployed or underemployed, the gaping hole in end demand looks unlikely to be filled for some time to come.

I repeat that though we have seen rebounding activity through May and June, it comes from a significantly low point and that the measures of aggregate demand now, here in mid-July, are still suggesting a fall of -7% on this time last year.

We have a long way to go and it is not helped by the explosion in infection rates across the south and south-western states.

Sadly with over 70,000 cases a day being recorded, we are now seeing an acceleration in death rates and this will only get worse in the coming days and weeks such that it feels inevitable that the current 140,000 Americans who have lost their lives to COVID-19 will be near twice that figure by election day.

We think it is absolutely important to begin studying the impact of a change in US presidency and to begin planning for policy change under a Democrat President Biden.

As you can see from the chart below, Biden is increasing his lead in the betting markets (not polling). 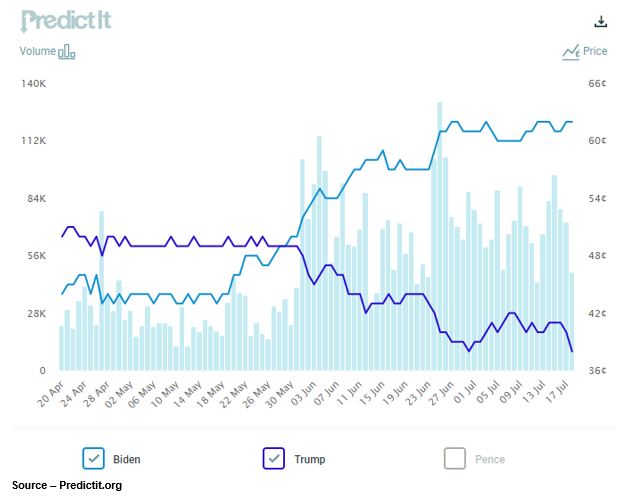 Whilst we are early in our analysis we would note that a Biden Presidency has the potential to turn existing portfolio consensus on its head.

Key to our thoughts is the expectation of major fiscal spending on welfare programs and the implementation of a $15/hour minimum wage.

This sort of spending has the potential to revitalise inflation since the recipients of this stimulus will be more likely to spend it within the economy, unlike the several QE measures we have seen over the past decade which have largely ended up in asset markets.

Secondly under a Biden Presidency we expect to see huge focus given to green energy and clean/sustainable technology including, but not limited to, low emission power and automobiles.

Last week Biden promised a US$2tln spend on green initiatives over 4 years which would be hugely stimulatory for these industries and indeed for the economy.

We currently have recommended exposures to the Nanuk New World Fund whom we think are well-placed to benefit from their collective knowledge bank on these industries, but we are actively looking for additional means by which to play this theme.

The main focus this week will be the Australian Mid-Year Financial & Economic Outlook statement at which time we will learn about government plans for the extension of support measures such as Jobkeeper.

It’s likely we will see more headlines also on the second US stimulus since the current packages end on July 31st, only 10 days from now.

Of the major companies reporting in the U.S the big focus will fall on Thursday evening with Microsoft (MSFT) and Tesla (TLA) of note, followed by Intel (INTC) on Friday.