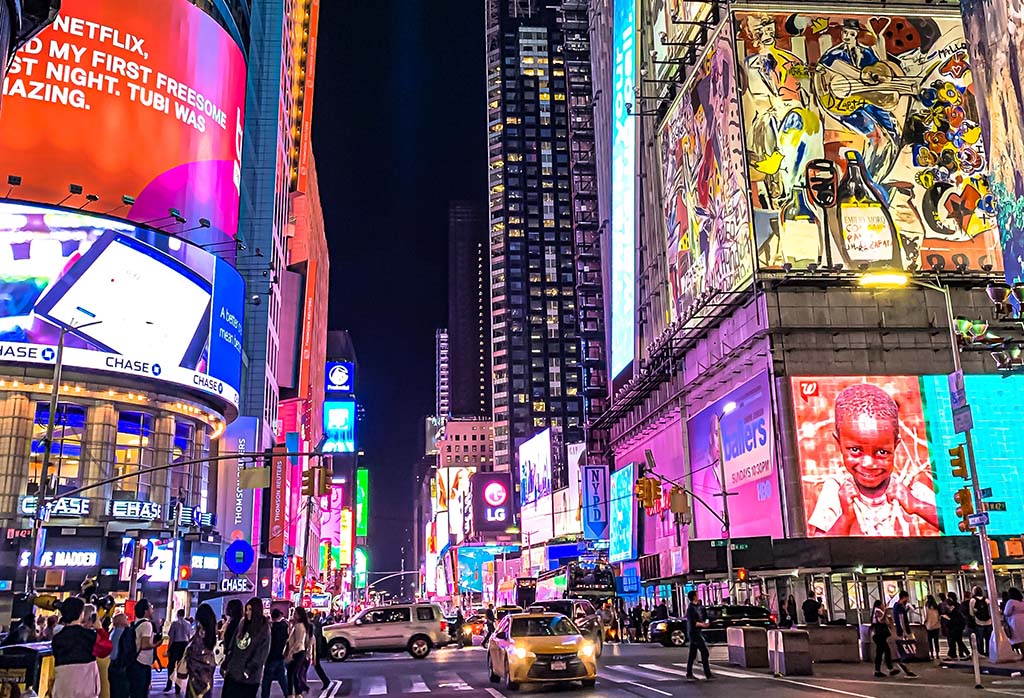 Last week saw the two major equity indices, the S&P500 and NASDAQ reach all-time highs despite the continued absence of a renewed government support package for the near 20% of American workers impacted by COVID-19 through loss of employment or reduced hours.

These same 8 stocks now comprise approximately 65% of the NASDAQ by market weight and over 25% of the broader S&P500 index – you will note that about 5 years ago, we made some very strong representations that this level of concentration in the ASX200 in banks particularly, but more widely in Telstra (TLS), healthcare, grocery and mining majors was a major point of portfolio concern.

All-time highs in these two indices occurred despite consumer confidence in the United States muddling along at anywhere between a 5 and 10 year low depending on the measure and with most real-time measures of economic activity suggesting a contraction of around -5% on last year.

As the press heralded, AAPL became the first company to be valued at over US$2 trillion and in doing so is now worth 50% more than the entire Australian share-market.

Let that sink in.

TSLA shares have doubled in the 6 weeks since the start of July and leave the company valued at US$380bn which, as the graphic from Drew Dickson at Albert Bridge Capital shows, is 20% more than the entire global automotive industry despite expectations that TSLA will spend only 3% of total industry capital expenditures in 2022. 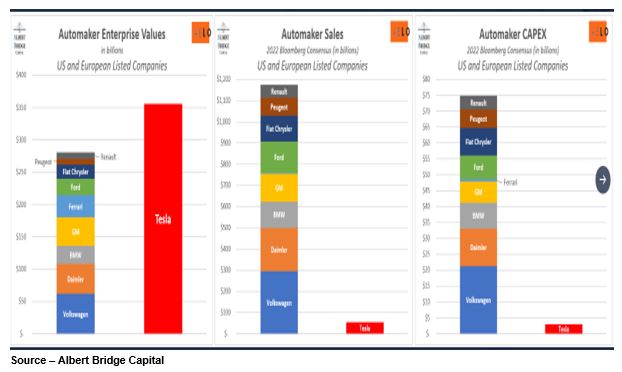 Of huge importance to both TSLA and for market sentiment will be the highly-anticipated ‘Batter Day’ TSLA will host in 3 weeks on September 15th.

It’s fair to say expectations for this are sky-high and anything short of an elixir for eternal life stands to be seen as a disappointment.

In Australia, the instances of obvious share-market excess are less, but Afterpay (APT) bears some attention since it’s a stock we know, but erroneously and unfortunately sold out of way too soon in the rally.

APT reported incomplete profit numbers last week which were notable in the sense that loan-loss was significantly better than expected, causing the stock to jump +10% and to take its month-to-date gain to +20%.

However, these numbers contribute precious little to the overall valuation of APT which at $23bn is far more reliant on subscriber growth and density of usage, two data-points we will learn more on when we get the complete accounts form APT this Thursday.

As the chart below shows, insider selling is rampant according to data compiled by Alphasense, with August filings looking set to exceed the February peak which occurred as the world awoke to the threat of COVID-19. 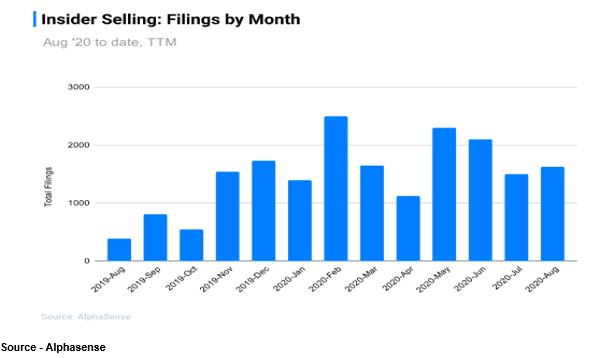 Last week saw the August recording for US Homebuilder market sentiment match its highest ever reading (last seen in late 1998) which starkly contrasts with a report also released last week that showed American mortgage delinquencies spiked to over 8% and their highest reading in a decade during Q2 2020.

Those with ‘means’ to do so are rapidly chasing property outside of the major cities burdened by quarantine measures and enjoying record low mortgage rates in doing so.

But the demand comes despite the July Senior Loan Officer survey which suggests bank loan officers have tightened credit conditions as aggressively as they did during the housing boom and bust over a decade ago.

Again, the disparity in these data points is extreme.

Something has to give.

CSL (CSL) was the major market result reported last week, and in spite of the somewhat softer guidance offered for 2021 earnings, the stock still managed to rally following the release.

Profit figures for 2021 envisage a flattish year in USD terms and are around 5% under analyst expectations in the lead up.

Within the blood product business profits were OK and the Sequirus vaccine business outperformed, however the latter is only 15% or so of group EBIT.

CSL have been faced with declining collections of plasma as restricted social mobility has disabled many from being able to give blood, and CSL expect this to continue into 2021.

With less raw plasma product with which to formulate higher margin product, the risk is that CSL fails to deliver on volume growth or is forced to increase payments for plasma, crimping margins in the near future.

In spite of this looming issue, CSL continues to trade on record high valuations much like its peer group and now sits on 45x forward earnings.

Preferred holdings Coles (COL), AMCOR (AMC) and Invocare (IVC) all posted largely in-line results, albeit IVC remain significantly impacted by the quarantine measures in Victoria and restrictions on large groups in other parts of the country.

AMC offered a confident 5-10% growth in profits in 2021 as synergies from its Bemis acquisition continued to exceed expectations and the group further benefited from packaging volumes associated with not only in-home dining but also online shopping.

COL figures demonstrated continued strength in top line sales figures as the group benefited alongside AMC from in-home dining, but it continues to reinvest revenue growth back into the business so there was no substantial rise in earnings expectations as margins did not receive the full benefit of strong volume growth.

Bank trading statements continued but shed precious little light on underlying performance simply because so many loans remain on deferral terms – broadly speaking between 8-12% of the banks mortgage books remain under forbearance (Westpac however have been more aggressive than the other three banks and have got their numbers down to around half of that) and something a shade higher (low teens) of commercial loans similarly on hold.

In Europe, COVID-19 case numbers are rapidly on the ascent, fuelled by a summer of intra-European travel.

Numbers in each of Spain, France and Germany have reached their highest levels since April.

In the USA, case numbers are trending down as mask usage and quarantine measures have encouraging effect, but there are still 35,000 – 40,000 new cases being detected each day which is still over 10x the numbers coming out of individual European countries.

Schools are set to open across the northern hemisphere in the coming fortnight which will likely prove another catalyst for rising infection rates in the lead up to cooler winter in the northern autumn.

Much like here in Australia, there is growing pushback from the wider global population against further measures to curb social interactions such that it will be difficult to see any major lockdowns reinforced successfully for any length of time as the northern hemisphere enters the cooler months.

Despite this, in the extreme likely event that countries in the northern hemisphere experience a second or even third wave of the virus in the lead up to Christmas, it is highly likely that the combination of cooler weather and the threat of infection causes a significant retrenchment in social mobility and economic demand into the end of 2020.

With any vaccine unlikely to be widely available to the masses, moreover one with minimal side-effects, before mid-late Q1 2021, it is truly difficult to paint anything but a conservative view for economic demand in the remaining months of the year.

On the positive, and I would stress this, it is highly likely that Australian conditions improve as we move into the warmer months and as track and trace measures continue to improve following recent outbreaks.

I truly believe Australia is and remains extremely well placed to handle the current Victorian outbreak and to rebound more effectively than other geographies in 2021.