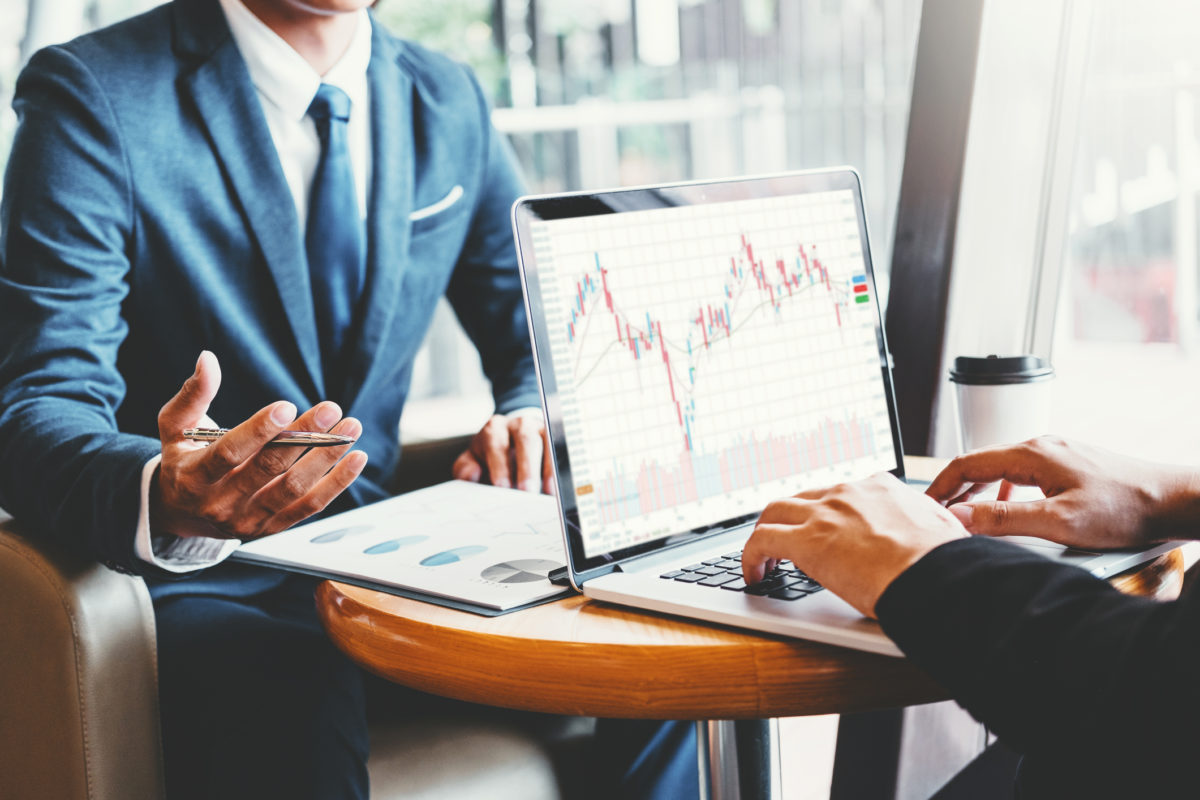 US housing continues to boom

As per the chart below, Chinese finished steel inventories have risen to a 6-year high and brokers are reporting that industry experts Mysteel are suggesting a likely 2% impact on total Chinese steel production in 2020.

The escalating inventory and 3 weeks of lost demand has left the spot Hot Rolled Coil (HRC) steel price -10% in a month and to its lowest level since mid-2017.

Though the iron ore price remains elevated due to inventory constraints, the impact of lost end-user demand will likely begin to weigh on prices in the coming weeks as commodity inventory improves. 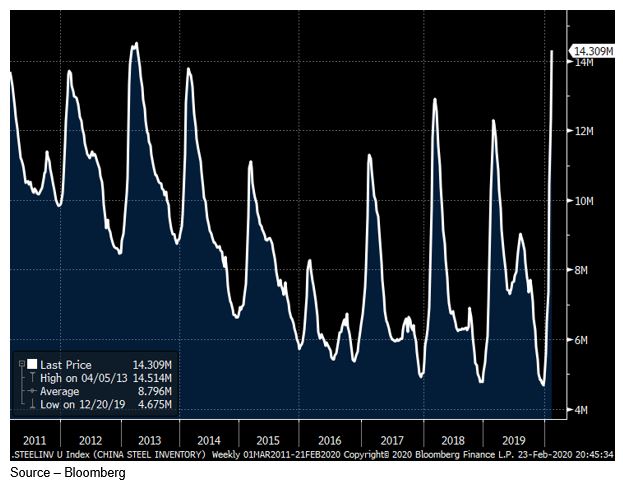 Australian weekly auction clearance rates back at their highs

Last weekend Australian national auction clearance rates jumped to 78.6% and within a whisker of the highest level achieved this decade.

Following on from the steep jump in mortgage financing through Q4 2019, the Australian housing market is back in red-hot form.

National house prices have gathered positive weekly momentum since July last year and as a guide for the rapid rebound, the median Sydney house price has rebounded +13% from its lows last year to be only -4% from its 2017 peak. 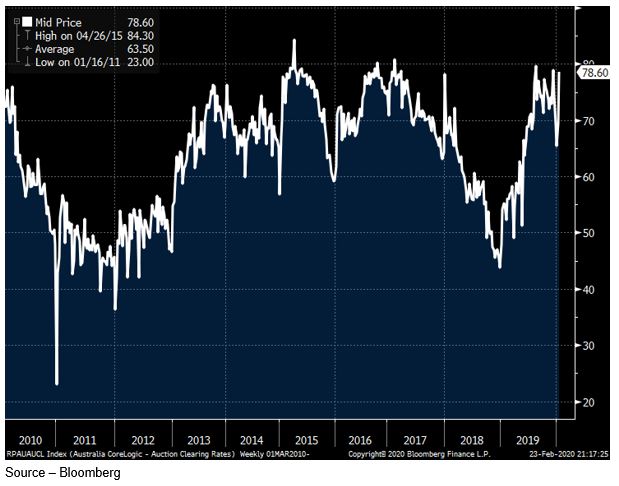 Beyond the run down in Australian corporate earnings, investment markets will continue to focus on the potential economic ramifications of lost Chinese production due to corona-virus quarantines.

Next week sees the important Super Tuesday (March 3rd) Democratic primaries in which 14 states (including California and Texas) will vote for their favoured Democrat challenger and virtually 1/3rd of all the delegates to the Democratic National Congress will be decided.