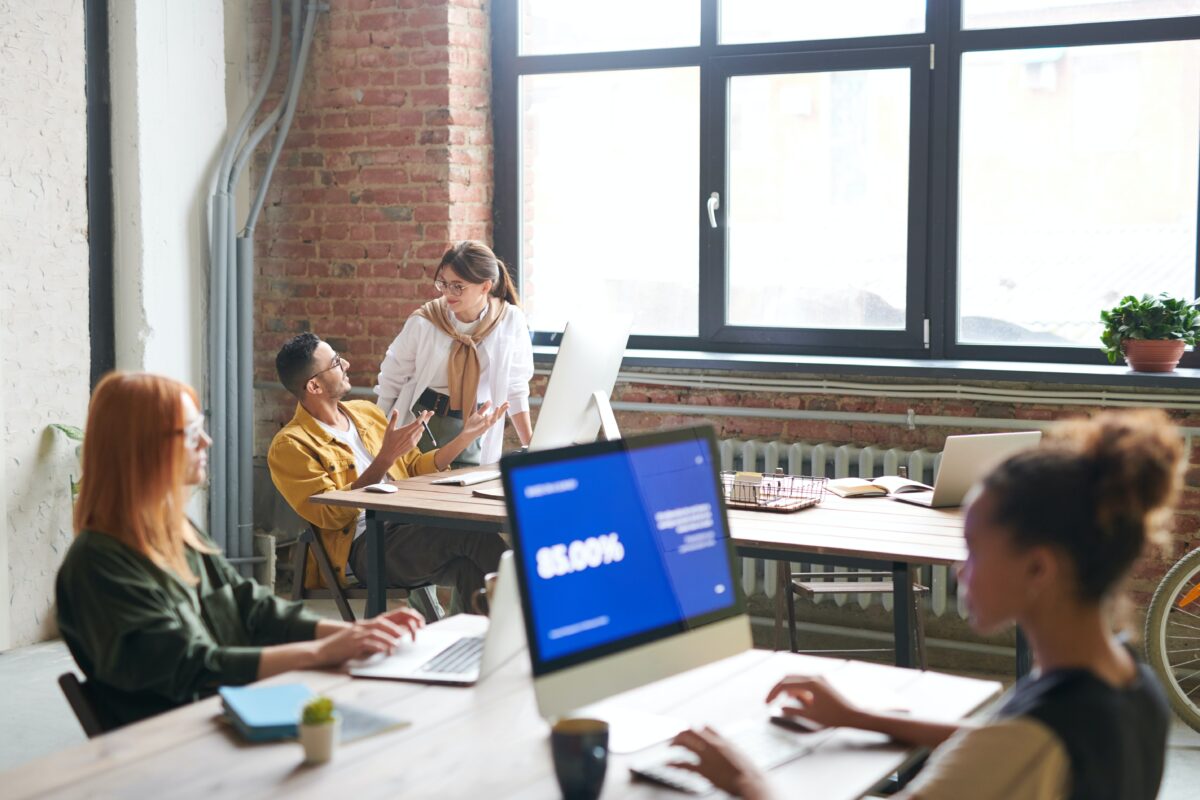 Equity markets rose and the U.S. S&P 500 hit new highs as the U.S. 10-year yield held steady around 1.1%. The S&P/ASX 200 rose by 1.3%, whilst the S&P 500 rose 2% as the rotation to cyclicals stalled. Tech regained leadership alongside healthcare and consumer names as the best performing sectors for the week.

Mega-cap tech names enjoyed a surge and returned to lead markets higher after several months of treading water. Netflix missed revenue and earnings estimates but the surge in net new subscribers for the quarter brought a reminder that big tech continues to grow strongly. This sentiment may be tested this week as U.S. earnings season shifts into full gear, with over 20% of the S&P 500 set to report earnings. Among them are heavyweights like Apple, Microsoft and new index member Tesla. Old industrial giants like General Electric, Boeing and Caterpillar are also due to weigh in on the current struggle for market leadership between cyclicals and tech.

Another one to watch would be Johnson & Johnson as there could be further data on its single-dose vaccine.

The local earnings season is also starting up with Resmed due to report on Friday. The resources sector have already started to provide production updates, with BHP posting a record 144.1 MT of iron ore shipments in the first half and kept its guidance for between 276 to 286 MT in iron ore shipments for the full year. Copper production was also in-line, with weak coal numbers offset by higher petroleum.

Elsewhere, Downer EDI (DOW) continues to progress with asset sales, announcing the sale of its underground mining business whilst noting that it is still in active discussions for Open Cut Mining East and Otraco tyre management businesses. DOW also announced that it was awarded a 4+1 years field services contract from TLS worth $330m for network asset relocations, facilities design, construction facilities, building upgrades and continuation of 5G rollout.

With Australia’s virus situation looking well under control, the latest job figures for December continue to show a strong recovery. 50,000 jobs were added and unemployment fell to 6.6%. With this, the employment market has now recovered 90% of the jobs lost earlier in the year, with total employed people sitting at just over 12.9 million versus the peak of 13 million in February 2020. 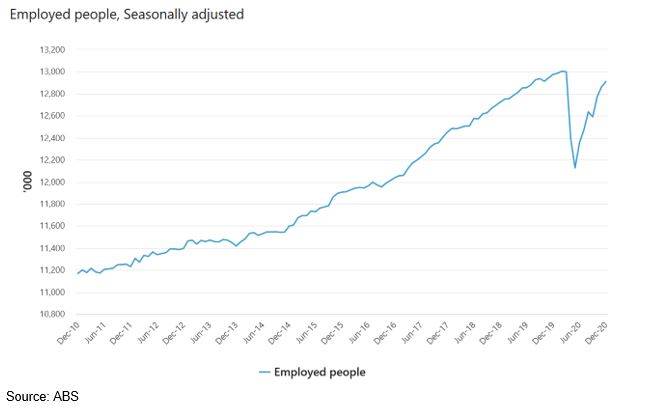 This is a positive sign for both the Australian economy and domestic equities. With international travel restricted, the surge in domestic consumer spending is likely to continue to benefit companies with strong domestic sales exposure. Retail sales figures were also out last week, and though they showed a 4.2% decrease over November, the year-on-year growth of 9.4% remains very strong.

China posted a growth of 6.5% in GDP relative to 2019, a hugely impressive figure given the impact of the pandemic as it locked down many of its major cities at the start of 2020, just like most other nations. The surge was seen across the board, with industrial production growing a strong 7.3% and retail sales growing 4.6% for the year.

Whilst the growth momentum seems to be peaking in China as measures of credit growth seem to have peaked, China will likely continue to grow strongly albeit at lower rates than the initial post-lockdown rebound. With China being the largest economy by some measures and making up about 50% of the emerging markets equity index, this growth, coupled with less extended valuations, continues to underpin our positive view for emerging markets equity.

Looking ahead, apart from earnings season, we continue to monitor the situations in U.S. and Europe as renewed lockdowns have hurt economic activity, placing a greater emphasis on the vaccine rollout for both nations. Economically, we get US consumer confidence and personal spending figures next week, whilst business confidence and inflation figures are out for Australia.