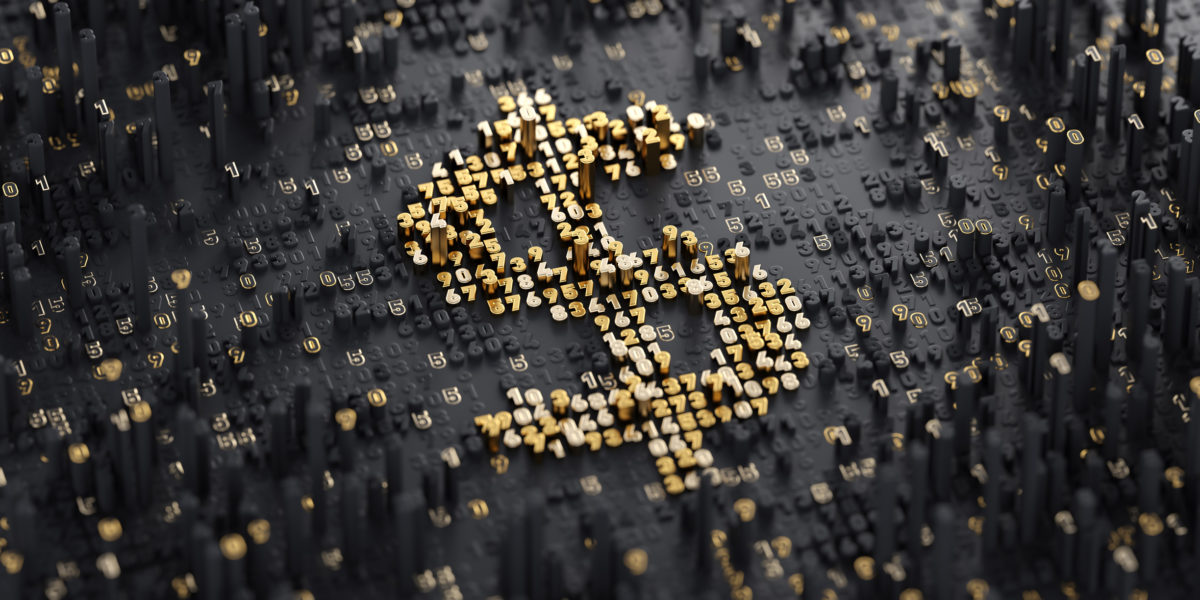 U.S Small Business Confidence eased back to be just above a 3-year low last month, and within the release hiring and employee compensation plans also stumbled.

It was hard to miss the headlines from Friday night that signaled the prospect of a near-term truce between the U.S and China on trade, but the reality is far less encouraging.

Yes, China has agreed to purchase $40-50bn of agricultural product from the U.S, and yes, the U.S have agreed not to increase tariffs in mid-October, but beyond that, the headlines made far less compelling reading.

No progress has been made on U.S concerns for Chinese intellectual property theft nor on their desire to halt Chinese subsidies to major state-owned groups and nor does there seem to be much hope of progress in the near future.

The tariff hikes slated for October and again mid-December could still be brought into play should the U.S perceive that China is dragging their feet on any number of issues, and that simply means that the pall of uncertainty that has been cast over the global economy, and specifically business capex intentions, has yet to lift.

Pendal on Friday posted another disappointing quarter of fund-flows from both its domestic (ex-Westpac) franchise and from its growth engine, global equity fund manager, J O Hambro.

The September quarter marked the 8th in a row of outflow and we would note that much of the J O Hambro funds continue to trade under their high watermark, and hence are ineligible for performance fees.

Analysts cut earnings back between 0% and 5%.

We weren’t surprised by the release and acknowledge that much of J O Hambro’s core European and global equity franchise continues to trail their peer group on recent year performance.

However, we believe that PDL is now being valued with scant expectation for a turnaround in their fund performance, meaning that any improvements have the ability to positively surprise in a highly meaningful way.

We would remind investors that only 2 years ago, investors were questioning Magellan’s (MFG) global equity performance and lauding that of the J O Hambro stable of funds, and that it was PDL trading on the premium rating and MFG on the discounted multiple.

On 12.5x earnings with significant net cash and investments ($200-300m) on its balance sheet, we think PDL is a bargain.

The 7% dividend yield (partially franked) should offer support on the stock at current levels.

This morning the Federal Treasurer tasked the competition authority to investigate the major banks and their inability to pass on the full 0.75% of RBA rate cuts made in the past 12 months.

Whilst we don’t think this inquiry will yield any major headlines of collusion nor fines of any substance, we do think this again highlights the business and regulatory pressure the sector remains under and that any easing in recent scrutiny is still some time off.

Three of the four major banks (excluding Commonwealth) will report full year profit figures in the coming month, with ANZ (ANZ) kicking things off on the 30th October and Westpac (WBC) and NAB (NAB) following suit in the following 10 days.

Earnings are unlikely to be anything but downbeat and we think, as is widely expected, that WBC will cut its annual dividend from $1.88 per share to around $1.60 or $1.70.

Our recommended Australian bank weightings are around 50% of their current ASX200 index weights.

Falling U.S interest rates are having the desired effect on U.S housing markets with last month posting a spike in both building permits and housing starts to their highest level since pre-GFC (see chart below).

US average 30-year mortgage rates have fallen from 4.7% to 3.7% in the last year and this has seen a wave refinancing and new purchase activity which has fueled domestic consumption and new housing activity.

Core portfolio holdings in Boral (BLD) and Reliance Worldwide (RWC) should benefit from the rising activity with both groups making around 60% of their total earnings from North American construction markets.

RWC has bounced well after its recent downgrade, but we feel BLD has significant upside potential as there remains a major mismatch between company targets for their disappointing Headwaters fly-ash acquisition and market estimates. 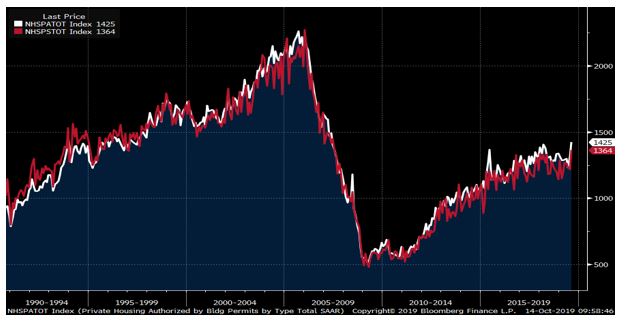 Next week and the week after sees results from the major U.S technology platforms Alphabet, Amazon, Facebook and Apple.