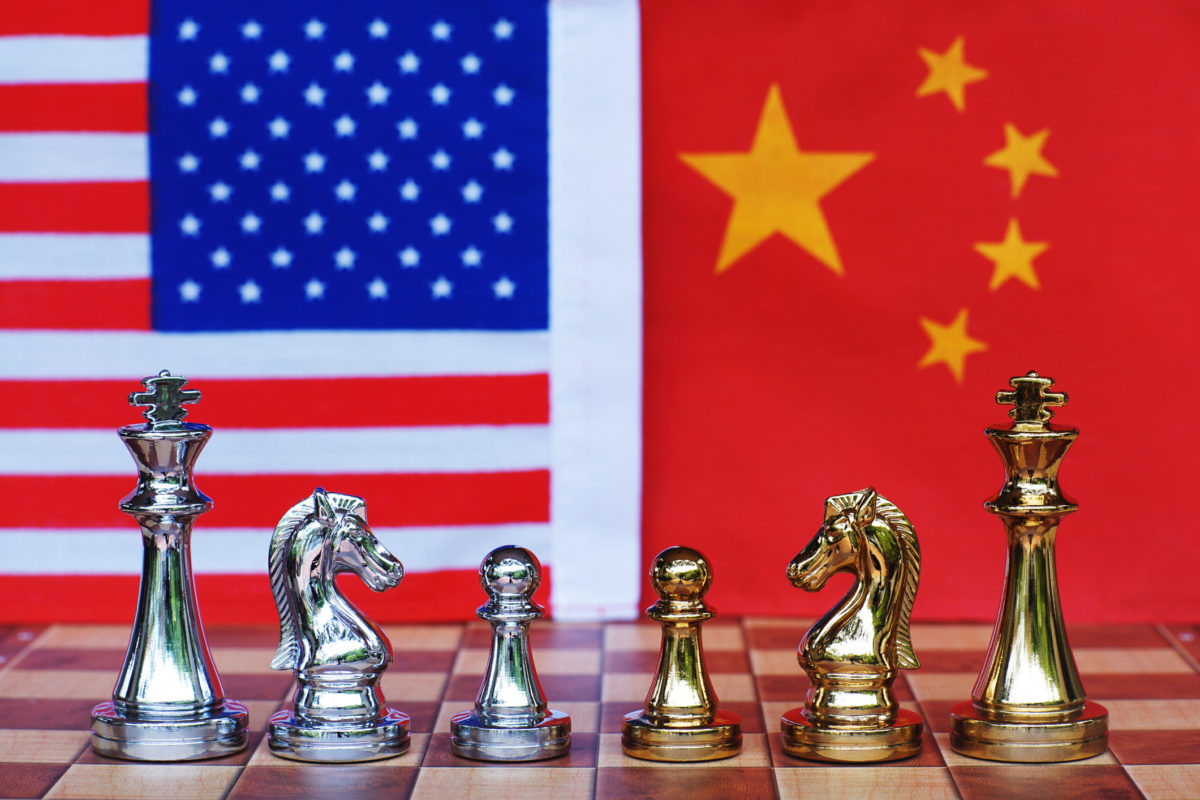 Trade tensions de-escalated at the weekend G-20 meeting, albeit little agreement on anything sustainable was achieved. Both China and the U.S agreed to talk, the U.S agreed to allow Chinese telecom equipment giant Huawei to buy certain componentry from American suppliers and Trump proclaimed that the Chinese would buy up big on the agricultural front > but frankly speaking, this can just keep on being kicked down the road and markets are likely soon to fatigue on headlines that promise a lot, but in reality deliver little.

Central bank support has re-injected a fresh bout of optimism into markets – the Federal Reserve seem set to lower interest rates next month (the market has 3 cuts priced in in the coming 12mths), the European Central Bank promised they could further stimulate despite already negative interest rates.

Incredibly all major asset classes rallied last week with equities, bonds, gold and base commodities all rallying, which attests to the idea that it’s the prospect of yet more cheap money floating the values of asset markets at present

The S&P just had its best 6-month gain in 20 years, which undoubtedly surprised us.

However, with the G-20 now passed, the U.S Federal Reserve and European Central Bank meetings another month away (August 1st & July 25th), and the prospect of a mixed reporting season to come, it feels almost assured that markets spend the coming 2 months consolidating or lower.

Australia’s domestic economy continues to demonstrate the impact of softer demand and the halo effect of weaker construction activity, however we feel increasingly optimistic about the future outlook for 2020+ given local interest rate cuts, pending tax cuts (and the prospect of more in 2022 and 2024), future fiscal stimulus given excellent iron ore royalty

The strong performance of Australian property REIT stocks has seen much of the sector use the share price strength to raise capital. The likes of GPT (GPT), Cromwell (CMW), Mirvac (MGR), and Dexus (DXS) have raised over $2bn in fresh equity over the last 2 months.

Global manufacturing activity is waning, with June Chinese manufacturing data over the weekend loitering at a 3-year low, and early signs on U.S manufacturing similarly at their lowest ebb since 2016.

Australian jobs data began to weaken in last month’s release with much of the rise in employment coming from part-time workers during May. We believe Australian full-time employment is likely to go into reverse in the remaining months of 2019 as construction activity wanes.

We should expect to see the RBA cut rates further from 1.25% currently to 0.75% due to the softness in employment.

Afterpay (APT) shares have been even more volatile than normal in the past fortnight, falling -20% on news of an AUSTRAC audit and the placement of new and founder’s stock at $23, before then rallying +40% back to its highs and then collapsing on Friday and this morning on fears over competition from Visa in the instalment payment space.

Frankly it’s all just noise. We think APT is worth ‘around $30’ which means that the closer it gets to that level the more it becomes vulnerable to negative news-flow.

IOOF (IFL) confirmed acting CEO Renato Mota would fill the position full-time which we think is good news, particularly since Mota has been the senior manager dealing with APRA this year in resolving IFL’s regulatory shortcomings.

IFL also announced the sale of its 70% stake in broker Ord Minnett for an excellent price of $115m.

The coming couple of months will see a significant uptick in news-flow for IFL with this week seeing the kick-off of court proceedings between much of IFL’s former (and current) executive team and APRA in relation to these individual’s propriety to stand as trustees. The court case is unlikely to have any lasting impact on the value of IFL but will create headlines.

More important will be IFL results on August 26th, any word on potential remedial costs for ‘no advice’ by the end of September, and obviously, resolution to the ANZ Wealth merger.

Assuming we get through the coming 2 months with little surprise, then I think IFL shares are likely to be 20-30% higher and a likely takeover target in 2020.

Oil prices have spiked +15% in the past fortnight as concerns mounted over a potential U.S/Iranian conflict and in advance of the weekends news that OPEC would extend their production cuts into early 2020.

The Australian Dollar ‘feels’ like it is bottoming in the 70c range. Interest rate cuts, the promise of tax cuts and a likely better Federal Budget position all point to the likelihood that the AUD is nearing the end of its long-downtrend.

This has implications for portfolio’s in many respects, be it the potential to shift single-stock exposures, hedge offshore fund positions or indeed to re-think many consensus portfolio positions investors have become accustomed to holding in recent years

The 2020 U.S Presidential campaign is slowly kicking into life and this is relevant for several consensus trades, but most definitely for positions in bell-weather internet and healthcare names. There is bipartisan support for tighter regulation of the internet platforms and for reducing healthcare costs, meaning that each of these two sectors are likely to face rising investor concerns around the prospect of increasing cost.

Australian corporate results season commences properly in early August and we have already begun to see the number of earnings pre-announcements rise for those companies failing to match analyst expectations.